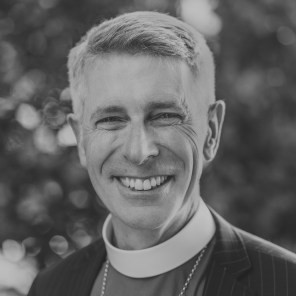 Bishop Anthony Burton is the former Bishop of Saskatchewan, and since 2008 Rector of the Episcopal Church of the Incarnation in Dallas, Texas. He was born and raised in Ottawa, Canada, and was educated at the University of Toronto, Dalhousie University in Halifax, Nova Scotia, and the University of Oxford. He was ordained in the Diocese of Nova Scotia, where he served in two parishes on Cape Breton Island. In 1991 he moved to Prince Albert, Saskatchewan, where he served as Dean of St. Alban’s Cathedral. In 1993, he was elected Bishop of the Diocese of Saskatchewan. At the time of his election in 1993, Bishop Burton was the youngest bishop in the world-wide Anglican Communion, and the youngest Canadian bishop in the twentieth century. He has been married to Anna Burton since 1989. They have two children.