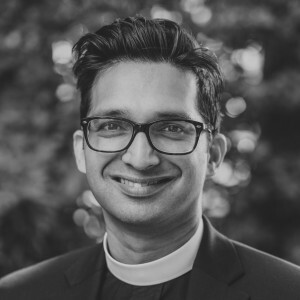 John D. Sundara grew up in India and Canada before moving to work in Dallas, at Church of the Incarnation. He graduated from pre-med but realized that God was not calling him to medicine but to theology and ministry. He worked with a Christian ministry for over 9 years, serving in Northern Africa and India, before turning his attention to seminary and ordained ministry. He has also served in a variety of parish contexts, especially in Toronto. He earned his MDiv (Hons) from Wycliffe College in Toronto. His thesis was on the creedal understanding and basis for marriage according to the Church Fathers. He is passionate about diving into the Word, and learning about patristic Trinitarian, Christological, sacramental and moral theology.

In January 2017, John moved to Texas and joined the clergy at Church of the Incarnation. He oversees Christian Formation. This includes Children & Family Ministry, Growth Groups, Sunday School and weekday classes, pre-marriage preparation, and any sacramental prep for children and adults, including adult baptisms and confirmations. He is married to the wonderful Naomi, and they have a son named Daniel and a daughter named Emmanuelle.