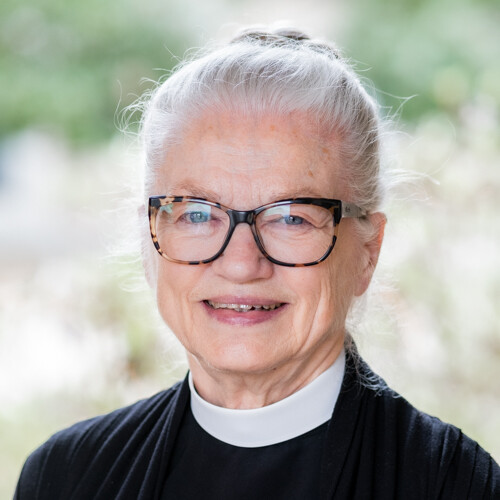 Deacon Judy Frizzell and her late husband Everett became Incarnation members after moving to Dallas with their four children in 1980. A graduate of Rice, she taught high school English. Perceiving a call to ministry, she attended The Anglican School of Theology and received a Licentiate in Spiritual Theology and Direction. She did Clinical Pastoral Education at Parkland and at Scott and White and became a board certified chaplain. Ordained deacon in 1998, she worked at Presbyterian as chaplain and department manager. After retirement, she was asked to offer pastoral care at Incarnation to the Seniors, homebound, hospitalized, and recovering.