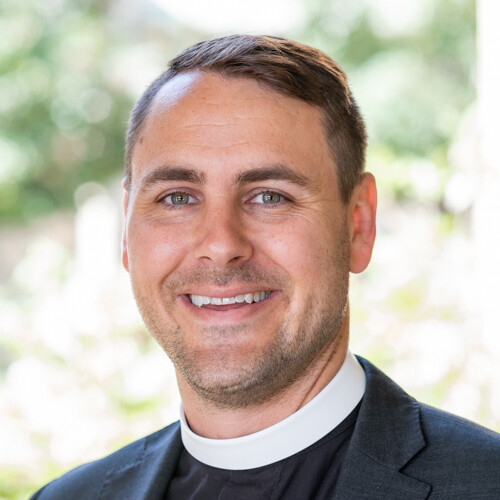 Fr. Joe Dewey came to Church of the Incarnation in July of 2020, where he oversees the worship department of the parish, giving particular attention to the liturgy, music, and volunteers of the Uptown service. He is also working alongside Fr. Jon Jordan in the re-launch of the North campus.

Joe is originally from Columbus, Ohio. He attended the University of Virginia, where he studied History and played Varsity Lacrosse. After undergrad, he and his wife, Becca, did three years of campus ministry together before deciding to attend Covenant Theological Seminary to earn their respective degrees.  Prior to his ordination in the Episcopal Church, Joe helped plant a presbyterian church in Brooklyn, NY, where he served as a pastor for four years. He also holds a Master of Theology from Princeton Theological Seminary, where he wrote his thesis on the political witness of Church unity. He and his wife, Becca, have two young sons, Denton and Louis. They are proud East Dallas residents and love good food and friends around their table.