Epiphany Church in the Lot 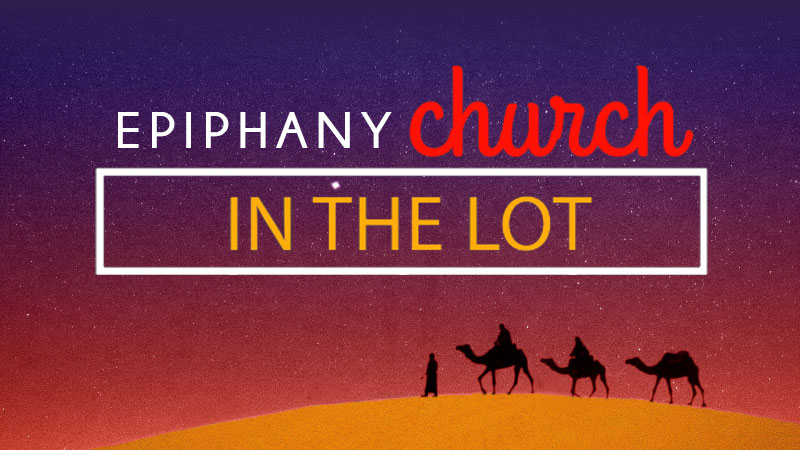 Join us for an outdoor Epiphany celebration and family-friendly worship service at the Main Campus North Parking Lot that includes Blessing of the Chalk and the Burning of the Greens. This 30-minute service is accessible to families, but all ages and stages are welcome.

Epiphany celebrates the light of Christ being revealed to the wider world. This is symbolized by the visit to the manger by the Three Wise Men, also known as the Three Kings or Magi. According to the Gospel of Matthew, they followed the star of Bethlehem to find Jesus and present Him with gifts of gold, frankincense, and myrrh.

Burning of the Greens

Epiphany marks a time when many Christians take down their Christmas decorations.

Historically, Anglicans have often burned their wreaths, trees, and other greens at this time, and put away their creches. This wasn't just an effective method of cleaning the pine needles but a symbolic ritual said the Rev. Jim Reed of the Church of the Messiah in Spotsylvania County.

"Christ did not stay in a creche his whole life," Reed said. "Christ manifests to all people the heart of the Gospel, God's desire to unite all people through Jesus Christ. Christ was the light of the world, and God is light, so Christ is perfect light from perfect light."

Epiphany is the traditional season for the blessing of homes. And it is customary, especially in Central Europe, for the faithful to bless their houses at the Epiphany with blessed chalk, since the priest could not get to every home. They write over their front door: 20 + C + M + B + 21. The digits, which appear at the beginning and end of the line, designate the new year. The crosses represent the protection of the greatest gift of Christ’s sacrifice, as well as the holiness of the Three Magi who were sanctified by their adoration of the Infant Christ. The letters ‘CMB’ have two meanings: they are the initials of the traditional names of the Three Magi—Caspar, Melchior and Balthasar—and they also abbreviate the Latin prayer Christus mansionem benedicat, which means, “May Christ bless this house.” The inscription is made of chalk, a product of clay, which recalls the human nature taken by Jesus in the womb of the Virgin Mary, by the power of the Holy Ghost.

The inscription is made above the front door or porch, so that all who enter and depart the home may be reminded of the Lord and His blessing which has been invoked over the house. It also provides a very public witness to the Faith.  The month of January still bears the name of the Roman god Janus, whom the Romans said was the doorkeeper of heaven and protector of the beginning and end of things. This blessing was a way to “christen” the pagan observance of the first month.  The Church has traditionally interpreted the gifts of the Magi as symbols of Christ's Kingship (gold), His Divinity (frankincense because it was used for worship in the temple) and His coming death on the cross (myrrh was used in the burial of the dead).